Something guaranteed to make my stomach lurch and sweat bead (aside from running out of teabags) is tech failure. Oh, it comes in many forms: the spinning beachball of doom on a Mac; the strangled, high-pitched beeps of a keyboard; the deep groan of a laptop shutting down for no apparent reason; and one time, a loud pop, flames, and an obliteration of the motherboard of my desktop. All of my data – years’ worth – disappearing in a strong-smelling, smoky haze. Like magic: but dark, dark magic.

And that’s just computers. In an absurd act of self-sabotage, I have also owned multiple iterations of iPhones for the past decade, despite the fact a third of them have given up on me – one day just switching off, never to switch back on. No amount of button-pressing combinations (the phone equivalent of CPR) brought them back. It is infuriating and devastating. There have been hot, hiccuping tears.

I’ve lost tens of thousands of photos, tens of thousands of words (I am sure some of them, in hindsight, deserved to go). I used to own so many USB sticks on lanyards that I resembled a prison officer with a multitude of keys. Somehow flash drive errors followed me around. I bought external hard drives for backup, and they perished, seemingly punishing me for being responsible.

This was all before the advent of cloud storage, but a combination of scattiness and making masses of content means that I frequently run out – and then forget to buy more data. (At this point I should sheepishly mention that I worked as a tech journalist for two years.)

The heart-lifting opposite of tech failure is a tech miracle. That ecstatic transition from an open-mouthed, Munch-like suspended scream to a wide grateful grin at the reappearance of a lost doc, a sputtering reboot. I have punched the air.

Sometimes it’s a joy undeserved. You don’t know what happened, but it did, and that is all that matters. Other times, it is the reward of subjecting oneself to helpline hold music for 45 minutes, or downloading patches or disk recovery software, or begging, on numerous forums, strangers for advice: someone, please, help. I am not sure which is the greater satisfaction; the spontaneous tech-redemption or the hard investigative graft paying off. Sometimes, as with simultaneous medical treatments, it isn’t clear what truly made the difference. But who cares? All is not lost.

Life and style The joy of small things

Can You Guess the Celebrity in This Adorable Throwback Pic?

31 Easter Worship Songs to Sing With Your Kids

The Right Way to Treat Burns, According to Dermatologists 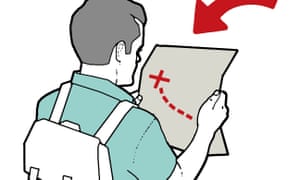 Is it worth hiking? Exercise review

The hair salon is now a place of anxiety. And clients can’t wait to return. - The Washington Post

Outrageous mansions for sale across America

10 Beauty Rollers That Actually Do Something for Your Face 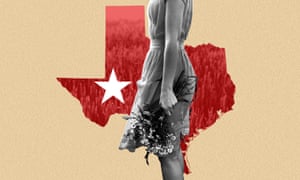 5 Star-Studded Movies That Are Popular On Netflix Right Now