Europe by rail this summer – where to go, service updates and great deals: Q&A

As I explored Switzerland by train in early March, the coronavirus clouds were gathering on the horizon. Within a few days, borders closed and Europe’s rail network fragmented. Eurostar scaled back to just a handful of journeys a day. Slovenia suspended its entire rail network, while in Croatia, Portugal, Spain, Finland, the Czech Republic and Slovakia not a single train ventured beyond its borders.

But the big surprise was how quickly the international network revived. That process started in early May, initially with local cross-frontier services being reinstated (mainly to support border-hopping commuters), closely followed by longer-distance Eurocity and high-speed international services.

While the advice in the UK is still not to take the train for leisure travel, our continental neighbours are being encouraged back onto trains. With few flights currently available, many families across Europe are making 2020 a year to stay close to home, either holidaying in their country of residence or ones that are within striking distance by train. Even when flights resume, rail travel might still be seen as a preferable way to travel.

With the UK government planning to lift the ban on non-essential travel to 90 countries, UK-based travellers will soon be free to travel to most European countries without the need to quarantine on return. Here are the prospects for European rail travel this summer.

What is the current state of international rail services across Europe?

Up to 90% of regular international trains in western and central Europe are now back to normal, but many operators are also laying on extra services to mountain and coastal areas to meet the extra summer holiday demand from families now looking for a well-deserved break after months of Covid-related restrictions. The extra capacity is aimed at ensuring trains are not too crowded. Examples of these services are independent operator NTV Italo’s thrice daily special trains from Milan to Rimini, Pesaro and Ancona, all on the Adriatic coast, running until 5 September. And special summer season ICEs are running direct services from Berlin to Innsbruck and a twice-weekly link from Stuttgart to the island of Rügen on the Baltic coast.

Direct high-speed services from France to Spain were reinstated this week, as were services from Serbia to Bulgaria and Hungary to Romania. Eurostar is running only a skeleton timetable, but plans to add more trains from 9 July, with services to Lille, Rotterdam and Amsterdam probably restored on that date. Booking conditions are being eased to allow passengers to change travel dates if they wish.

How about the gaps in the network?

Sadly, there will be no direct trains from London to the south of France this summer. Eurostar announced on 24 June, to general surprise, that it is shelving its seasonal routes to Lyon, Avignon and Marseille for 2020, and 2021 too.

Direct services to Moscow from western and central Europe, as well as from Finland and the Baltic states, all remain on hold, so there’s little prospect this summer of being able to board a comfortable Russian sleeping car in Paris, Nice or Berlin and travel in style all the way to the Russian capital. The direct Eurocity services from Marseille to Milan have not yet been reinstated, either.

Some tourist railways are trimming their 2020 schedules. For example, the Glacier Express in the Swiss Alps began running again on 20 June, but frequency has been cut this year. There will just be two runs each way between St Moritz and Zermatt. The additional trains running between Zermatt and Chur or St Moritz and Brig have been cancelled for the 2020 season

And the popular Inlandsbanan route through Sweden’s northern forests will not run at all in 2020.

Most night trains stopped running during the pandemic, although the nightly service from Munich to Budapest continued. Most routes have been reinstated since mid-June, but the popular Thello sleeper from Paris to Venice remains on hold until at least the start of August. We are still waiting to hear when direct night trains from France and Spain to Lisbon will return.

Anticipated demand for summer holiday travel has prompted operators to introduce new routes for July and August. A new direct night train from Salzburg to Germany’s North Sea coast will launch on 4 July. Also new for this summer is a sleeper service from Hamburg to Innsbruck, which also carries vehicles. Czech and Slovak residents, fearful of missing their annual dose of Croatian sun, sea and sand, were doubtless delighted when independent rail operator RegioJet announced a special summer programme of direct night trains from Prague and Bratislava to Rijeka. The first train on this new route ran on 20 June.

Many operators of overnight trains are this summer selling only entire compartments, so it’s often not possible to purchase a single berth or couchette in a shared compartment. For example, on Nightjet’s popular routes to Italy (such as Vienna to Pisa or Munich to Rome), families and couples can be accommodated together in one compartment, but solo travellers will get a compartment to themselves. The aim is to ensure maximum social distancing. Similar arrangements apply on Alpen-Sylt Night Express services from Salzburg to Germany’s North Sea coast.

Are there restrictions on board trains?

Many countries require passengers to use masks. My experience over the past week – travelling on German, Austrian and Czech trains – is that the great majority of passengers wear masks for boarding and leaving the train, or when they leave their seats. Already there’s talk in some countries of scrapping the mask rule – in the Czech Republic they are no longer required.

While Eurostar has cut its onboard catering services, most operators on the continent have reopened restaurant cars and it is pretty much business as usual. Swiss and Czech dining cars, among the best in Europe, are again busy serving seasonal specials.

Some trains which would normally have space for bicycles are not currently offering that service, so cycle-touring itineraries relying on rail travel may be off the agenda for 2020. There is a blanket ban on bikes on trains in the Netherlands, including services to and from Belgium or Germany, and that’s likely to remain until early September. There are similar restrictions on regional trains in some parts of France.

What will all this mean for fares?

Summer 2020 is shaping up to be a season of cool deals on Europe’s railways. A mere £27 will buy a week’s unlimited travel on all trains in the Czech Republic (or £40 for a fortnight). The Czech summer rail pass is available until the end of August.

France is offering a full month’s unlimited travel on most regional trains for just €29 (about £26), but that extraordinary French deal is limited to 12 to 25-year olds. There are no age limits in Denmark where a special summer ticket gives free public transport travel for eight days for £37.

Many new tickets being introduced this summer look set to become regular fixtures. On 1 August, the new Euregio2Plus day ticket, offering unlimited travel in the Austrian Tyrol and the Italian South Tyrol and Trentino regions will become available. Priced at €39 for a family of two adults and three children, it is amazing value for travel in a cross-border region which is larger than East Anglia. It doesn’t need to be pre-booked but can be bought a few days prior to the day of travel (the website should go live soon).

What about point-to-point tickets?

The very fact that travellers have been nervous about booking in advance means that this year there are far more great-value tickets for longer journeys than would normally be available in early July. For travel on selected midsummer dates, Rail Europe UK (formerly Loco2) is still offering long hops like Amsterdam to Zurich or Brussels to Prague for around £35. And, for those looking for real bargain-basement rail travel, there are still advance tickets available for the 190-mile journey from Avignon to Portbou in Spain for just one euro. It’s surely the cheapest four-hour train trip in western Europe.

Will it be safe?

We all hope so. Keep an eye on the health news and steer well clear of virus hotspots. A good option for 2020 is to choose rural destinations over cities. And above all be flexible. If I find the train I am due to travel on looks a bit too crowded for comfort, then I simply don’t board and select an alternative route to my preferred destination. So think about the real flexibility that a rail pass offers.

Many industry pundits are saying that 2020 may well be the year that travellers really embrace Interrail. The ability to hop on and off trains at will brings a real sense of freedom. For a family of two adults and two children aged under 12, an Interrail global pass valid for four days travel within a month costs £442. For a pass valid seven days in a month that family of four will pay £604 (for a 12- to 27-year-old, the same passes would cost £167 or £226).

Many won’t need a pass that covers 33 countries in Europe, preferring to opt for a one-country pass – and that brings the price down. Interrail’s first ever mobile app pass is being launched this summer, with the pilot being a one-country pass for Italy. Prices for three days’ travel within a month start at £114 for adults and £95 for youths and senior travellers.

Looking further ahead, some big questions surround autumn and winter travel. Rail operators, like all of us, will be keeping a close eye on the viral stats as the weather cools in autumn. Any hint of a second wave could seriously impact the 2020-21 ski season. It will be interesting to see whether Eurostar opens booking for its winter ski trains, which usually go on sale later in July.

Nicky Gardner is co-author of Europe by Rail: the Definitive Guide. The 16th edition was published in October 2019; it was updated and reprinted in early 2020. More at europebyrail.eu 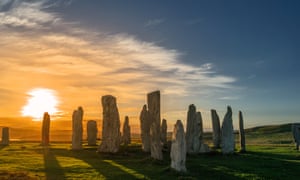 Magic and mystery on the Isle of Lewis

These New England adventure tours are among the best in the nation, according to USA Today readers 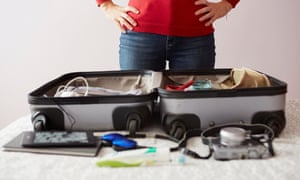 The best travel tech for a stress-free holiday 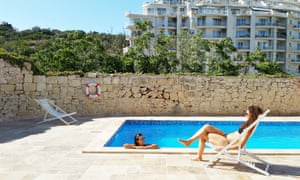 10 of Europe's best hostels with pools 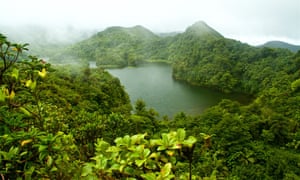 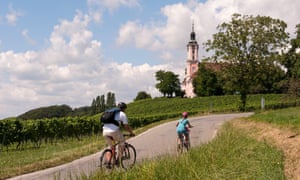 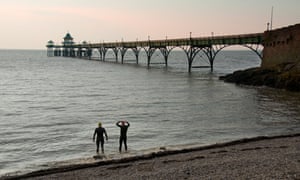 Strokes of genius: swimmers’ guide to the UK coast

It’s the first day of summer! Here’s how to make the most of the season. 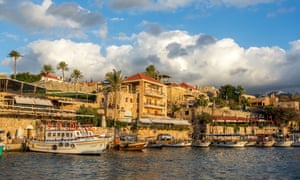 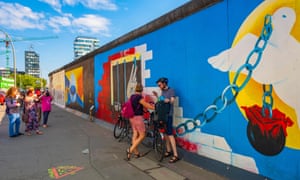 Back to the wall: cycling Berlin's Mauerweg