The Douglas County Courthouse and downtown Lawrence are pictured in an aerial photo Saturday, July 13, 2019.

Douglas County may keep its property tax rate flat for its 2021 budget while also focusing on flexibility amid the ongoing coronavirus pandemic.

County Administrator Sarah Plinsky recently told the Journal-World she has proposed a 2021 budget with a flat mill levy of 46.430, which would provide the county with an overall estimated $125.5 million budget.

Additionally, Plinsky said her proposed budget includes an increase in unallocated funding, also known as fund balance, which could be used at the County Commission’s discretion to help deal with the fallout from the economic downturn associated with the pandemic.

“Flexibility and the ability to respond to current challenges is the theme of the budget,” Plinsky said.

Under the proposed flat mill levy, an owner of a $200,000 home would pay about $1,068 in annual county property taxes, which is roughly the same as what was established in the 2020 budget. However, some county residents may still see their taxes increase because of the increase in assessed value of their properties.

Although the mill levy may stay flat, Plinsky said her proposed budget includes an increased amount of unallocated funds, which can serve as cash reserves. She said in the 2020 budget the county planned to have about $3 million of unallocated funds in its general fund budget, but the fund has increased to $6.6 million this year.

Plinsky said the county plans to maintain that $6.6 million fund balance, rather than following its normal practice of allocating some of it to specific budgeted funds like capital improvement projects, to give the county flexibility when dealing with expected drops in revenue because of the economic downturn. The county specifically expects to see a 10% drop in sales tax revenue for the rest of 2020 and all of 2021, which results in a drop of about $6 million. But Plinsky noted that is an estimate, and it’s possible the sales tax revenue could come in even lower.

“A strategy when you don’t know how revenues are going to continue to fall out over the rest of the year is to make sure you have sufficient fund balance to accommodate that,” Plinsky said. “We made a conscious choice at the end of 2019 to keep more cash in our reserve … and now it’s a really great contingency upon falling revenues.”

Plinsky said the county originally planned to use the increased cash reserve in fund balance as part of its plan to expand its jail, but the future of that project is up in the air. The commissioners are currently working with local criminal justice leaders to find a way to decrease the amount of people who are booked into the jail because of expected crowding issues related to the pandemic. Plinsky said the commissioners and the county don’t know how the result of those discussions may affect the future of the project, but it’s possible the expansion will no longer be needed.

In the current 2020 budget, the county set aside $9 million to be used as the initial funding for the $29.6 million project. The remainder of the costs are planned to be funded through debt financing. But with no clear path forward on the project now, Plinsky said the commissioners could also dip into that $9 million to help deal with the COVID-19 downturn. However, if the commissioners choose to use that funding and then continue with the jail project, the county would have less funding to immediately put toward the expansion project, likely increasing the amount of debt financing.

But dipping into that $9 million would likely not be the commission’s first choice. Along with the additional fund balance outlined in the proposed budget, the county also expects to receive $21 million to $24 million from the federal government’s CARES Act to help address issues related to the pandemic.

Plinsky previously said the county would receive the first half of the funds up front, with the purpose of spending it “rapidly” into the local economy. She added the funding was meant to be used by the end of the calendar year. 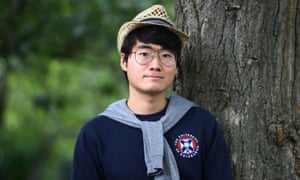