July 2 (UPI) -- FedEx, which holds the naming rights to the Washington Redskins' stadium, has asked the NFL franchise to change its team name.

"We have communicated to the team in Washington our request that they change the team name," FedEx said in a statement Thursday, according to ESPN and ABC 7 News in Washington, D.C.

FedEx paid $205 million for naming rights to the team's stadium in 1998. The sponsorship deal with the franchise runs through 2025. Frederick Smith -- the chairman, CEO and president of FedEx Corp. -- also holds a minority stake in the Redskins.

League sources told Adweek and the Washington Post that Redskins owner Dan Snyder has been under increased pressure to change the team's name given the current social climate, with many protesters targeting the organization's sponsors.

On Wednesday, the outlets reported that FedEx, Nike and PepsiCo each received letters signed by 87 investment firms and shareholders worth a collective $620 billion asking the three companies to disassociate from the Redskins unless they change their controversial nickname.

"The NFL's Washington, D.C. team still uses a racist name as its mascot," the letter reads. "Redskins remains a de-humanizing word characterizing people by skin color and a racial slur with hateful connotations.

Native American leaders want Snyder to change the name, which the organization has used since 1933. In previous years, groups protested the nickname and tried to win in court, but those efforts failed.

Eleanor Holmes Norton -- the District of Columbia's nonvoting delegate to the House of Representatives -- said the name needs to be switched if the franchise wants to return to the district, according to the Washington Post. That stance could serve as a possible roadblock if the franchise intends to move back to the D.C. area in the future.

The Redskins' lease on the land at FedEx Field in Landover, Md., expires after the 2027 season. Washington is actively looking at sites in the district, Maryland and Virginia. 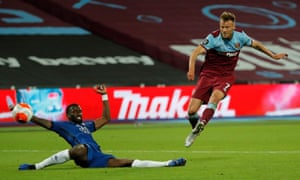