COVID-19 spike in Ohio due to people not wearing masks, expert says

A 19-year-old McDonald's worker was assaulted after asking a customer to wear a mask, revealing a growing crisis in the restaurant industry

When you think of Sia, chances are good you also think of Maddie Ziegler, the Dance Moms alum who first starred in the singer’s “Chandelier” music video when she was just 11-years-old. That marked the start of plenty of collaborations for the two stars and has created a super-strong bond between the two that Sia feels is akin to a mother-daughter relationship.

In a new interview with the Zach Sang Show, Sia revealed that she would categorize her relationship to Maddie as that of a “mother and friend, but I mean, only because Melissa [Ziegler-Gisoni] lets me. That’s her real mother. I would never be so presumptuous to say I feel like I’m her mother because I did not do all the hard work that Melissa did for the first 11 years. I just love her as a mother, I love her as if she were mine.”

The singer, who recently revealed that she adopted two 18-year-olds last year, added that Maddie “feels like she’s my first-born, even though she was 11. I would take a bullet for her, all the things parents say they would do for their children. And I get extremely… I’m like a bodyguard when she’s around. My bodyguard jokes that if I ever stop doing my singing thing, I should be a bodyguard because I’m so hyper-vigilant around Maddie.”

That awareness has paid off in major ways, especially in the entertainment industry. In addition to explaining that she often weighs in on the movies and roles that studios offer Maddie — to the point where she believes the dancer and actor’s manager “thinks I’m a real pain in the butt for sure” — she explained to Sang that she once intervened when former producer and convicted rapist Harvey Weinstein allegedly tried to invite Maddie onto a plane for an undisclosed trip.

The singer, who worked with Maddie, Kate Hudson, and Leslie Odom, Jr., on the new movie Music, underscored that everything she does for Maddie comes from a place of keeping the 17-year-old safe.  In addition to the creative inspiration the two clearly share, Sia believes their teamwork serves a greater purpose, too: “A good way of keeping her safe is [to] just keep making projects for her and therefore most of the time we’re working together,” she added. “There’s no agenda but to keep her safe psychologically and physically, but primarily psychologically because this business is very, very damaging.”

Before you go, click here to see other celebrities who have stepped up for women’s rights.

Rejuvenating Purple Hair Masks to Save Your Colored Locks

Click the arrow button in the top upper corner of your browser.

By clicking to run this downloaded file you agree to the Microsoft Service Agreement and Privacy Statement. Installation applies to Internet Explorer, Firefox, Chrome and Safari.

Shopping for a car? Watch out for the 'destination fee'

Taking The Home Office Deduction? Know The Rules For Claiming It First.

31 Easter Worship Songs to Sing With Your Kids

This Popular Beauty Brand Is Shutting Down for Good 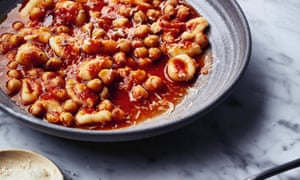 Dr. Fauci Just Said He's Doing This for the First Time in a Year

The Saddest TV Breakups of All Time

20 Woman-Owned Businesses to Support on International Women's Day (and Beyond!)