NFL to shorten 2020 preseason from four games to two

July 1 (UPI) -- The NFL is shortening its 2020 preseason schedule from four games to two as the league continues to prepare its strategy for the upcoming season amid the coronavirus pandemic.

League sources told ESPN and ProFootballTalk on Wednesday that the league canceled Weeks 1 and 4 of its original preseason slate. The NFL previously scrapped its Aug. 8 Hall of Fame game between the Dallas Cowboys and Pittsburgh Steelers.

Most NFL players will still report to training camp at the end of July, but the first preseason matchups won't take place until Aug. 20-24, according to ESPN. The second and final week of preseason contests will be played Aug. 27-31.

The NFL also will shuffle some of the remaining preseason schedule, giving each team one home game and one on the road. Teams that will be required to travel will depart on the day before games.

The main reason for restructuring the preseason schedule was a consensus between the league and the NFL Players Association that players will need additional time to get in football shape, according to ESPN. No NFL teams were allowed to hold practices on the field during this off-season due to the COVID-19 outbreak.

The NFL's standard preseason has been four games since it was shortened from six matchups in 1978. According to ESPN, it is expected to be trimmed further when league owners trigger a provision in the collective bargaining agreement to extend the regular season from 16 games to 17, which can be done as early as 2021.

High school sports are uncertain for fall, and the clock is ticking - The Washington Post 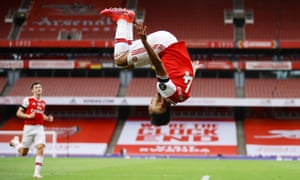