It appears that it’s not only teams that are overvalued in MLS.

Nutrition is crucial for players, so it made sense that the league wanted to make sure its athletes got the best food as they prepare for the MLS Is Back Tournament in Florida, which starts next week.

With players housed in a “bubble” at Disney World, the league has made sure they are isolated from the general public and have their own dining area as well as the option to eat in their rooms, with some meals coming in at $65. While that may sound expensive, options included mouthwatering delicacies such as “house roasted prime New York strip loin” and “bourbon glazed smoked Virginia ham”. It’s safe to say the product is not quite as billed.

Toronto FC’s Omar Gonzalez tweeted a picture of his meal: a sandwich with a banana and a small pot of potato salad. His teammate, Eriq Zavaleta, went for the ham and got a soggy looking sandwich and … a banana.

Inevitably, comparisons were made to the disastrous, and infamous, Fyre Festival. The Athletic reported that the meals tweeted out by Zavaleta and Gonzalez were the room service option and MLS, rather than the players, would pick up the tab.

MLS was put on hold due to the Covid-19 pandemic, but the month-long MLS Is Back Tournament is planned to be a precursor for the resumption of the regular season in August. The NBA will also resume its season at Disney World at the end of July, although league commissioner has admitted that dealing with an “unpredictable” virus means the league’s plans could change. 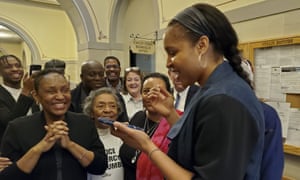 NFL to shorten 2020 preseason from four games to two

Pistons offer facility to voters, following up on More than a Vote movement - The Washington Post