Does Air Conditioning Make You Sick? Here's The Truth.

Most Americans use air conditioning every day, whether it’s in their office buildings or living spaces; 90% of the country has a unit at home, and AC accounts for about 10% of worldwide electricity consumption.

But, really, do we even need it?

A New York Times story put that question into perspective this week. People in some of the hottest climates around the world tolerate high temperatures much better than Americans. Citizens of countries like Mexico, Brazil and India use air conditioning a whole lot less than we do. The piece led to a viral debate on Twitter about whether AC is vital or even healthy for us.

Air-conditioning is unhealthy, bad, miserable, and sexist. I can’t explain how many times I’ve gotten sick over the summer b/c of overzealous AC in offices. #BanAC https://t.co/QPME4lMTVS

In short: AC won’t do much harm to your health ― but only if the system is monitored closely and wisely. According to a study in the International Journal of Epidemiology, occupants of air-conditioned office buildings reported more symptoms of ill health than those who worked in buildings with natural ventilation.

Fisk said these symptoms are “possibly due to the moisture from AC units, which expose people to additional toxins, allergens or irritants.” That moisture leaves the system open to tiny pollutants.

“AC systems are susceptible to collect infectious organisms and allergens, such as dust mites,” added Dr. Wassim Labaki, a professor of internal medicine and pulmonologist at Michigan Medicine. “Therefore, the proper maintenance of these systems, including regular filter change, is essential to prevent circulation of unhealthy air.”

There are psychological effects, too. Productivity peaks in comfortable temperatures, not in sweltering heat or shivering cold. This is especially true for women. (Are you listening, office managers?)

“A considerable body of research indicates that human performance in office-like work is maximized when temperatures are maintained at about 71 [degrees Fahrenheit] plus or minus a degree or two,” Fisk said. “AC can help us maintain such temperatures, but other technologies can also help.” Yet AC can also take us in the opposite direction of an optimal temperature.

"Human performance in office-like work is maximized when temperatures are maintained at about 71 [degrees Fahrenheit] plus or minus a degree or two," says William Fisk, leader of Lawrence Berkeley National Laboratory’s Indoor Environment Group.

That being said, there are a few things to love about AC in terms of our physical health; as long as it is functioning properly and well-maintained, the machine typically filters out air and particle pollution. According to a study by Yale researchers, the use of air conditioning also lowered the risk of hospitalization and deaths related to cardiovascular issues.

“AC can be expected to reduce the risk of heat stroke and heat-related death during heat waves, which are becoming more common with climate change,” Fisk said. “AC also enables windows to be maintained closed and AC systems usually contain filters that remove particles from the circulated air. With AC and closed windows, indoor concentrations of outdoor air pollutants such as particles, ozone and allergens are decreased.”

Especially if you have allergies, turning on the AC to seal out particles instead of opening your windows can help you reduce bothersome symptoms.

“For patients with allergies and other underlying respiratory diseases such as COPD/Emphysema, staying indoors with the air conditioning on and the windows closed, reduces exposure to outside pollens and pollutants,” said Dr. Mark Aronica, an allergist-immunologist at the Cleveland Clinic.

Bottom line? There are a few concerns surrounding air conditioning, so proper maintenance (and not overdoing it) is best for your well-being. Comfort and conservation are the two most important factors here, Aronica stressed.

However, “there can be significant differences in comfort, even among family members and spouses,” he added. “And then whatever other factors a person may be concerned about come next, like energy efficiency, cost and so on. For window units, make sure to do proper cleaning and maintenance, and for central AC, conduct proper maintenance and make sure the air filters are replaced when recommended by the manufacturer.”

And don’t forget: There are many ways to keep cool, including with fans, cool roofs, energy-efficient windows and proper shade. You don’t always need to keep the air on. To conserve energy and work toward optimum well-being, air conditioning should be more of “a last resort instead of the first resort,” said Nihar Shah, an energy and environmental policy research scientist at Lawrence Berkeley National Laboratory.

“Some issue is that buildings are not designed for opening windows, or with cool walls, cool roofs, awnings or drapes,” he added.

While designers can change the orientation of a building, you can’t. You can, however, move to different sides of the building without direct sunlight or with more shade. Give creative conservation a try before you flip that AC on ― you may be generally better off.

The Easiest Way To Clean Your AC Unit, Because You Aren't Doing It Enough

Are pimple patches the magic cure for blemishes? 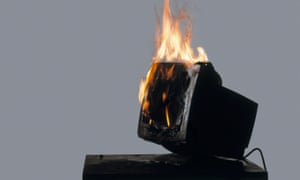 The Caftan Dress Will Be Your No-Brainer Summer Uniform

Three Things to Consider Before Buying a Tarp

Now the world can read Mary Trump’s blistering book about her uncle. Holding it back would have been pure censorship. - The Washington Post