The fate of the Affordable Care Act hinges on an appeals court in Texas as a panel of judges consider whether an earlier ruling was correct in striking down the health care plan as unconstitutional.

On Tuesday, the Fifth Circuit Court of Appeals will hear oral arguments in Texas v. Azar. The suit, aimed at taking down Obamacare, was brought by 20 Republican governors and state attorney generals. It's also been backed by President Donald Trump and his administration.

In December 2018, District Court Judge Reed O'Connor agreed with the red states and determined that the ACA was unconstitutional after Congress rolled back a penalty requiring people without insurance to pay a fine. Legal experts, both Republican and Democrat, heavily criticized O'Connor's decision as unsound.

But if the appeals court decides to uphold his ruling, it would leave an estimated 20 million people without insurance. It would also erase all of the sweeping changes the 2010 law made to the health care system like protections for pre-existing conditions, the expansion of Medicaid and subsidies for low-income people.

"Virtually everyone in the United States would be impacted by this decision," Tim Jost, a professor at the Washington and Lee University School of Law, told Newsweek. "If the ACA was invalidated, the system would literally be in chaos."

There are countless other provisions that would also be erased if Obamacare were struck down in its entirety. Adult children under the age of 26 would no longer be covered by their parents' insurance. Additional drug coverage provided to senior citizens wouldn't be available. Also gone would be the re-authorization of the Indian health care system.

Without Obamacare, insurance companies wouldn't be required to provide basic health services like vaccines, prescription drugs, screenings and mental health services. Access to preventative services would also shrink. Out of pocket expenses are likely to soar if the plan is invalidated.

"The implications cannot be overstated," said Abbe Gluck, a professor and founding director of the Solomon Center for Health Law and Policy at Yale Law School. "The list goes on and on."

Protesters hold signs and shout at lawmakers walking out of the Capitol in Washington, D.C, on May 4, 2017 after the House of Representatives narrowly passed a Republican effort to repeal and replace Obamacare. Nicholas Kamm/AFP/Getty Images

As the future of Obamacare hangs in the balance, the Republican lawmakers who brought the case forward have not yet come up with a replacement health care plan. According to Gluck, they haven't offered any proposal that "comes close to reinstating all the protections the ACA offers that would be gone."

President Trump has repeatedly claimed that he is working on a health care replacement but hasn't released any details. He also said earlier this year that Republicans in Congress wouldn't tackle health care legislation until after 2020.

Legal experts from both sides of the aisle say that the argument being made against Obamacare is faulty. Many of them expect the Fifth Circuit to reverse the lower court's decision, which would protect the ACA and hand Democrats a major win on the health care issue.

"Today, most legal observers think these arguments are going nowhere fast," Nicholas Bagley, a professor at the University of Michigan Law School, told Newsweek. "I certainly think the lawsuit is misbegotten, I think their arguments are weak to the point of absurdity and I think the Fifth Circuit is likely to see it that way."

But if the appeals court were to invalidate Obamacare (two of the three judges on the panel are Republican and one was nominated by Trump) the case would likely go before the Supreme Court. The case would then be heard by the bench, which is now held by a conservative majority, in the backdrop of the 2020 presidential election.

When the case first started, the Department of Justice originally said that the courts should leave some provisions of Obamacare in effect like expanding Medicaid and creating health insurance marketplaces. But Trump ordered the agency to change course in March. In a legal brief to the Fifth Circuit, the DOJ said that the government agreed the ACA should be struck down.

"I think one of the basic problems here is that the Trump administration and the judge who heard the case below just don't understand the Affordable Care Act," Jost said. "They just don't realize that it affects the country in so many different ways." 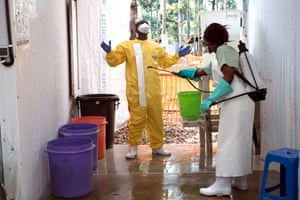 A unit dedicated to cold cases was established in the Middlesex DA’s office. Here are 3 cases being looked at.